PWAs vs mobile apps. Which is better for eCommerce?

Mobile apps provide the finest user experience, but from the business perspective, they have some major limitations. PWAs solve many of them but also create new behaviors among the users. Which one is better for eCommerce?

Having mobile-first solutions is crucial for any eCommerce as the number of mobile users has reached over 4.57 billion and has surpassed those on desktop devices. Despite differences in approach or design, native apps and Progressive Web Apps services allow us to build strong engagement of mobile users, and thus sales.

Let’s look at the most important differences between these two solutions from the business point of view: 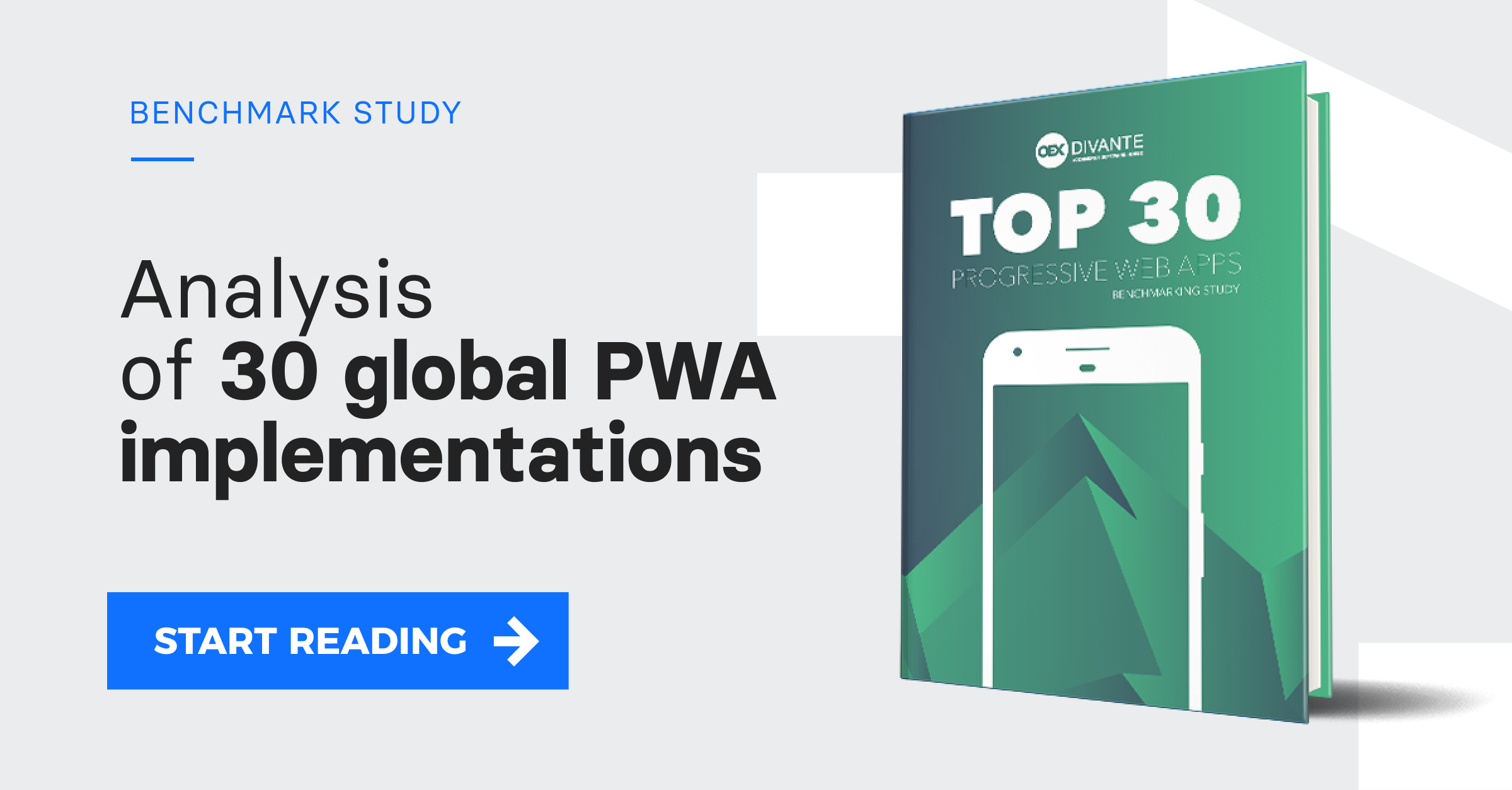 Native apps need to be downloaded from a dedicated app marketplace. For users already using the mobile website, it is an additional step in the user journey and a distraction. While visiting AppStore or Google Play the user is exposed to apps of other brands. Usually, eCommerce will pay extra to acquire users to their native app, even if the users are already visiting their website on mobile.

PWAs, with a “Add to homescreen” button, can be saved directly from the mobile web page. It lowers user acquisition costs and shortens the process. What’s more, the linkability of PWAs simplifies the sharing of information and favourite products among the users as the product page from a PWA can be copied as a link and used in any browser.

Costs of production and maintenance

Native apps are rather expensive to build and maintain. Brands must build separate apps for each and every operating system and then update them regularly. What’s more, it is necessary to pay for access to app marketplaces and use extra promotion on them.

PWAs are built as webpages, and thus the cost of their development is much lower. Updates are done automatically as PWAs are connected to the eCommerce backend. They are independent of operating systems or marketplaces.

Native apps are covered by a marketplace commission of up to 30%. That’s rather high and businesses that are selling physical goods cannot afford it. Marketplaces also take control over the publishing of the app, which makes it difficult to plan new releases or promotions in the store.

PWAs are free of any commission or control. Online stores publish them by themselves and can freely plan diverse promotions and react to market changes in a short time.

Native apps often use a lot of storage on mobile and force users to update frequently. Also, native apps’ installation process takes a while and users must wait before diving into the app. These are high entry points for any new apps on the market. What’s more, as they require separate design for mobile, they lower the conversion rate among omnichannel users who move from one device to another.

PWAs are much smaller (Twitters’ PWA is only 0.6 MB in comparison to their 23 MB Android App) thus they are much easier to install. What’s more, installation happens in the background so the user can use the PWA during this process. PWAs have consistent design across all devices and this supports the omnichannel approach.

The best solution for eCommerce

Although native mobile apps offer a wider spectrum of functionalities for the user, Progressive Web Apps present themselves as the new standard for mobile-first solutions. PWAs are a rapidly developing technology and each day we see new engaging features within.

This standard is already used by major eCommerce and social media players which receive most of their traffic from mobile devices. Progressive Web Apps are also supported by search engines (look at Google Mobile-First Indexing) that provides their searchability. In contrast to native apps, PWAs are easy to find and install directly from the browser.

Supervisory Board Member at Divante. Leading industry voice who believes eCommerce can improve our world. Co-founder of Vue Storefront and Open Loyalty, angel investor, and founder of Tech To The Rescue. CEO at Divante eCommerce Technology Company | LinkedIn | Twitter