From the beginning of 2018, Google is changing it’s indexing to be mobile-first. For some time there was a lot of confusion surrounding it. Now Google has given us mobile-first indexing signals clarification. This is very favorable for Progressive Web Apps.

The clarification came with series of tweets at @Googlewmc:

The total number of crawled URLs/day generally won’t change, but the balance will shift from mostly-desktop to mostly-mobile crawls. During a switch-over to mobile-first indexing, we may temporarily crawl more as we reindex everything.

Unfortunately, it looks like we’re currently still not showing a cached page for many mobile-first indexed sites. This is a bug, not by design, and should get resolved over time. It’s just the UI, it doesn’t affect crawling, indexing, or ranking.

The mobile speed update in July ‘18 is independent of mobile-first indexing. Fast sites are awesome for users, especially on mobile, since devices & connections there tend to be slower than with desktops.

Any additional content on the desktop websites (compared to a mobile site) will be given minor importance in search results and will get less traffic.

Google mobile-first indexing signals clarifications make a lot of sense. With the growing number of users searching primarily on mobile devices, there is no point in presenting them relevant search results that are not available for mobile devices.

This is good news for Progressive Web Apps. Looking at Vue Storefront, we see how changes in Google search help it to express high speed and smooth performance on mobile devices. With Google’s mobile-first approach, these ultra-fast mobile web pages can develop to become the standard mobile solution for any OS in the future.

So far PWAs have become standard in Microsoft Edge and Windows 10, and they are supported by Microsoft and Apple.

We see it as a key factor in eCommerce, where a vast number of customers shops via mobile devices only. The top eCommerce providers have noticed it and are already investing in PWAs. 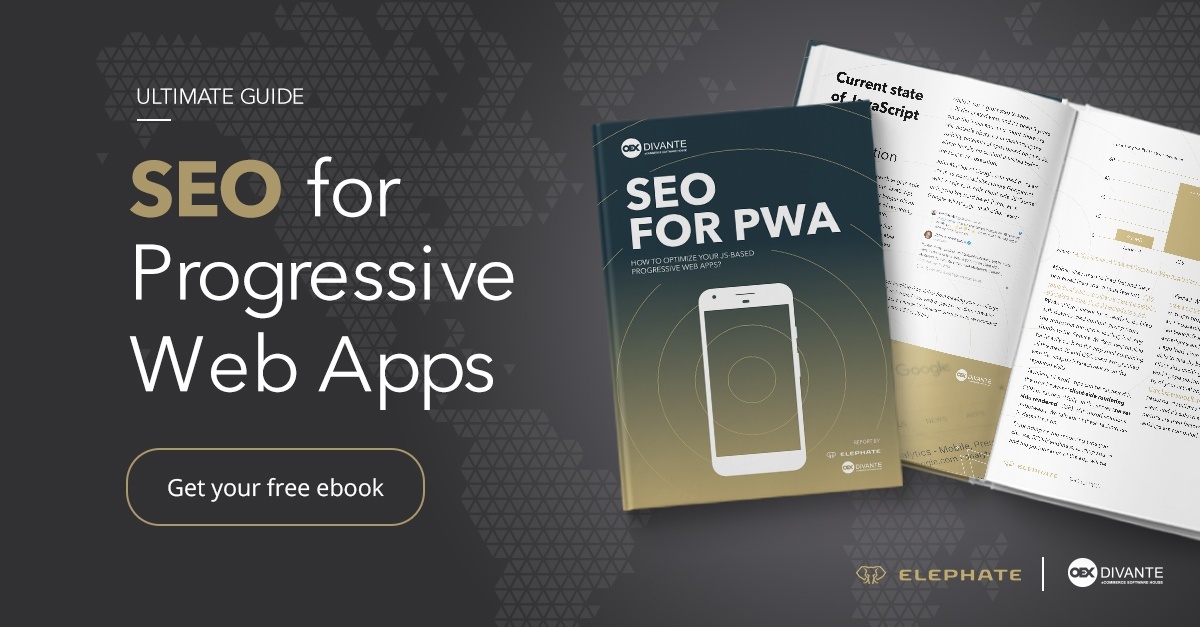